Budapest is one of the most recommended European city to visit. As working in politics field, I was a bit afraid of the reality that I would see in the country that recently has turned to radical right. My doubts didn’t came true and we managed to get a perfect New Year’s trip to Budapest. Here’s my top objects to visit in Budapest. Enjoy!

The Hungarian capital Budapest has been on my list of places to visit for some time. In terms of population, it is Lithuania’s size. Despite that, it’s one of the most important centers of politics, economics and business in Central Europe.

Budapest has for some time attracted tourists from all over the world not only for its history and architecture, but also for its international modernity.

Travelers who have not yet been to Budapest are impressed by the unique beauty of the city found in almost every travel guide. Along with the stories and recommendations of visiting acquaintances in Budapest, it started to fascinate us too.

As soon as we arrived, we were impressed by the size and beauty of the city. Below I discuss some the most fascinating objects that we recommend to visit in Budapest.

Finished in 1905, St. Stephen’s Basilica is the third tallest church in the country,. It was named after the first King of Hungary, king Stephen. It is the most important Roman Catholic prayer house in Hungary.

Every year the square next to the basilica hosts Christmas fairs where tables break from local groceries, artisans, hot wine and a variety of sweets. A Christmas projection is displayed on the front door and wall of the Basilica.

A visit to the Basilica is free, but donations are always welcome. For a small fee you can climb the Basilica Tower, which has a great view.

Located next to the Heroes’ Square, the Budapest Museum of Fine Arts was built between 1990 by architects Albert Schickedanz and Fülöp Herzog. and in 1906. It currently has six major collections: Egyptian, Antique, Ancient Sculpture, Gallery of Ancient Painters, Modern Art and Graphics.

During our visit to the museum, there were also two temporary exhibitions featuring works by artists Peter Paul Rubens and Rembrandt. The halls of the museum itself are more impressive than some of the paintings.

Despite the long queue, a visit to the museum is definitely worth it. Waiting line can be avoided by purchasing tickets online.

Located in the largest city park, the castle is considered one of the most romantic sites in Budapest. Designed by Hungarian architect Ignac Alpar, the castle was built between 1896 and 1908 to commemorate Hungary’s millennium. The building is unique because it was created as a replica of several famous buildings, so it is not in vain compared to Huniad castle in Transylvania, Romania.

The castle was originally built of cardboard and wood, but after gaining in popularity and high visibility, it was rebuilt in stone and brick. It features Romanesque, Gothic, Renaissance and Baroque details.

Currently the castle houses the Hungarian Agricultural Museum. It covers an area of 5,200 square meters and houses 8 long-term and several short-term exhibitions.

The opportunity to visit them did not impress us. Instead, we decided to go for a small Christmas fair in the yard next to the castle. As we drank coffee, we warmed up to the sun beside the body of water surrounding the castle.

It is one of Budapest’s most famous squares. It held important political events and commemorations of Hungary in the history of the modern country. On either side of it is a colonnade with the most famous Hungarian personalities created by sculptor György Zala.

In the center of the square is the 40-meter Millennium Monument you can see the crown of Archangel Gabriel with the king in his right hand and a double cross on the left.

This church is located in Buda, in St. Trinity Square. This Roman Catholic Church was built in 1015, in a Romanesque style. Unfortunately, only a few architectural details survived from those times. The building was rebuilt in the Gothic style in the 14th century and restored again in the 19th.

Several Hungarian kings were crowned in this church. Inside is the Art Museum and on the way to St. St Stephen’s Chapel sacred relics and medieval stone sculptures can be seen.

The church fascinates by its lightness and gracefulness, as if it were poured from sand. The walls of the building are decorated with Gothic lace: sculptures, stained glass windows, and the roof decorated with mosaic.

It is undoubtedly one of the most beautiful and impressive places in Budapest. On the eastern part of Castle Hill there is a white neogothic and neo-romantic tower and terrace complex – Fishermen’s bastion. It attracts tourists not only for its architecture but also for its river and the other side of Pest views.

Built between 1895 and 1902, the complex is open all year round and 24 hours a day and you only need to pay to get to its highest points. The seven towers symbolize the seven nations that founded the modern state.

The complex also has a chapel and a café serving traditional Hungarian desserts.

The building located in Pest is not only the seat of the country’s National Assembly or the so-called home of the nation, but also the largest building in Budapest. The Hungarian Parliament Building is also famous in the world and is the third largest national assembly house built by a parliament based in the capital of the United Kingdom.

Launched in 1885, Parliament was completed in 1905 as a symbol of the unity of the two cities Buda and Pest. The construction employed over a hundred thousand people, used 40 million bricks and used 80 kg of gold. With the change of the political system in Hungary and the abandonment of the bicameral parliament, only part of the chamber is currently in use.

The Hungarian Parliament is open to the public and offers hourly excursions. They can be pre-ordered on the official website. We decided not to go inside, the Parliament House was breathtaking on the outside as well.

The Central Hall Market was one of the places I wanted to visit the most. I will admit, I was not disappointed. The market was full of vendors and traders, fresh fruits and vegetables offering the curious eye and nose various meat and cheese products, biscuits, muffins and croissants with curds, poppies, apples and plums and other things I could not help but notice.

On the second floor of the market you can buy a variety of items, from clothes to rose-scented soap, from embroidered tablecloths to shoes. We found a fish market in the basement of the market and a supermarket next door. 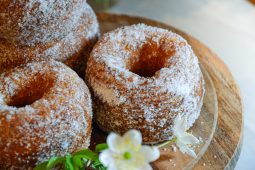 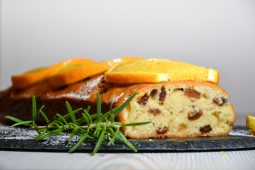 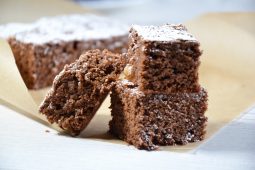 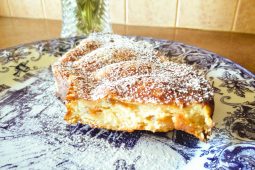 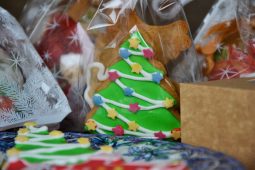